Galician Blond, Spanish Cattle is Now Being Developed in Indonesia 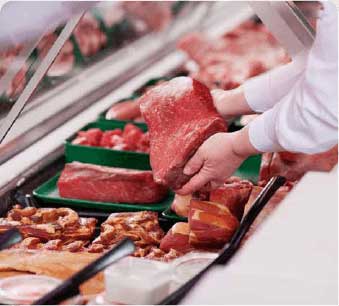 Any discussion of quality beef must make reference to the Spanish cow. Galicia, a region of Spain, has a cow species with its own characteristics. The species, Galician Blond, is also known as Rubia Gallega. This livestock is bred for cross-industry needs. Galician Blonds are bred for their milk and their meat. In its development, meat production became a priority concentration over milk production. However, the milk volume that can be produced by this Spanish cow is not inconsiderable. It is not surprising, therefore, that Galician Blond has become one of the leading commodities in north-western Spain.

The availability of local beef to meet market demand is still not always sufficient. That is why Indonesia needs imported beef. There are various ways in which the lack of self-sufficiency in meat needs to be addressed. In addition to importing, it is necessary to increase local production. This is why the Galician Blond or Rubia Gallega development program is being implemented in Indonesia.

The purpose of this development is not only to increase the quantity of production, but also its quality. Galician Blond is known for its international quality. This development, therefore, is expected to give the best results. The entry of this type of cattle from Spain is not done carelessly. Rather, it is based on the legal regulations contained in PP RI No. 48/2011 about Animal Genetic Resources and Livestock Breeding (Sumber Daya Genetik Hewan dan Perbibitan Ternak).

From Galicia, in Spain, this cattle population has expanded into Latin America and Europe. Birth weight is around 38-46 kg. In Spain, this species was developed by local breeder associations in the 20th century. The purpose of raising livestock is to take milk and meat. But for now, meat is the larger priority. The special advantage of this species is that the birth rate itself is quite high. The weight of the male can reach 1,000 kg, while the weight of the female can reach 700 kg. In general, the skin of this species is pinkish-brown in color.

With a genetic composition that reaches 50% to 75%, these crossbreeds from Spain have similar characteristics. The 50% composition was obtained from crossing the frozen semen of Rubia Gallega with Ongole Peranakan. While the genetic composition of 75% was obtained from the cross of frozen semen Rubia Gallega with Galician Blond cross 50%. The offspring of these crosses have a high self-birth rate, with a 95% percentage of normal births. The results of these crosses are a double muscle phenotype and high daily gain, reaching 1.1 kg per day. This is 0.6 kg differential of weight gain from pure breeds.

In addition, the breed has demonstrated environmental adaptability. The development program is suitable to be carried out in Indonesia. This development increases the potential for increased local meat production.

Indogal is a distributor of imported Spanish beef with high quality and halal standardization to meet the needs of your hospitality or food retail business. Besides imported beef, Indogal provides superior cattle breeds, nutrition and fodder, cattle projects, agricultural commodities, and other types of imported meat, namely pork and buffalo. If you need information about partnering with Indogal, please contact us here. 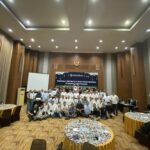 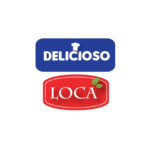