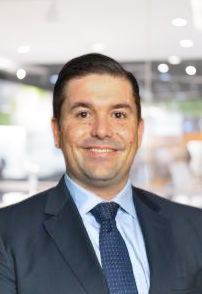 Entrepeneur, General Manager and International Trade and Investment specialist. With an MBA, Manuel Alborés has been helping Spanish companies succeed in the Indonesian and Southeast Market for more than 10 years. Besides the set up of 5 successful start ups in Indonesia, Spain and Vietnam, Manuel Alborés had lead PT INDOGAL from scratch until became one of the 5 biggest beef importers and distributors in the country.

Among other highlights, he succeeded in the signing of the GtoG protocols between Spain and Indonesia to export of beef, pork and dairy that made Spain became the 4th country allowed to export beef to Indonesia what gave him the exclusivity over those products in the country.